Because holiday cards shouldn’t take themselves too seriously 😉

I saw this at So Anyway… 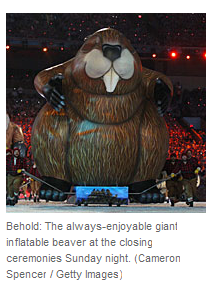