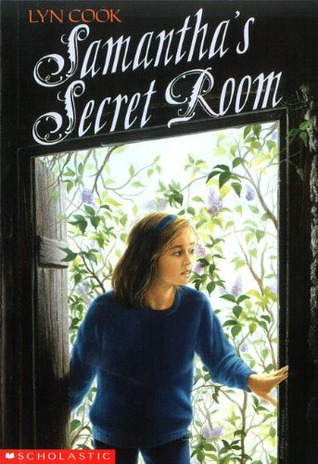 Borrowed from the VPL (Central Branch).

After I posted about the children’s book that changed my life, I received a comment with a link to a review that confirmed Samantha’s Secret Room was in fact the book I remembered. I checked the VPL catalog and they had a copy (the 1991 reissue), so I took it out the next time I was downtown. I took copious notes, so WARNING, spoilerific recap to follow. If you don’t want to know the plot of this 50-year-old book, flee now!

END_OF_DOCUMENT_TOKEN_TO_BE_REPLACED

The first book that comes to mind in answer to the question “what children’s book changed your life?” is not one of the famous ones. It’s the lost-in-the-shadows-of-A-Wrinkle-in-Time Madeleine L’Engle book, Meet the Austins.

However. There is another book, even more obscure. So obscure that I couldn’t remember the title or author or the main character’s name. This is what I did remember: secret book, Christmas tree farm, root cellar. It turns out that was enough (thanks to Loganberry Books and their Stump the Bookseller archives):

Lyn Cook, Samantha’s Secret Room, 1963.  Scholastic Canada.  Samantha (Sam) lives on a rural property in Canada and gains a penfriend by tying a letter to a christmas tree.  The caravan belongs to a cousin who comes to visit for a family reunion.  The secret room is in a root cellar.

The weird thing is the phrase “secret book” is actually in the solution for the book above this one and so far I haven’t found it mentioned anywhere else. So, hmm. This is definitely the book I was thinking of, though, so if it’s not the one with the secret book, I would be perplexed.

Anyway. IIRC, the “secret book” was a journal kept in the secret room, and it’s where I got the idea to start keeping a journal in an ordinary notebook (vs. a diary in one of those dated books with a lock that I always failed at). I even wrote “secret book” on the front of my first notebook. Haha. All it was missing was a “keep out. this means you.” I did not have a secret room. (Sadness. I really, really, really wanted a secret room.)  I did not even have a secret drawer in my desk. (Moar sadness. Also really, really, really wanted a rolltop desk with secret compartments.) So yeah. My secret book was kept in my desk shoved underneath whatever else was in there. Not too secret.

But it’s that not-so-secret secret book was the notebook in which I first wrote that I wanted to be a writer when I grew up (which I wrote about here). And I kept writing in that book until I filled it up and started a new book and so on and so on. So that’s why Samantha’s Secret Room is the children’s book that changed my life.

This is everything I could find about Samantha’s Secret Room and the author Lyn Cook:

The story’s events, which are occasionally related via Sam’s journal entries, occur against a backdrop of the daily and seasonal responsibilities of farm life.

The thread tying the book together is Sam’s continuing search for a secret room that belonged to her early nine­teenth-century namesake. Sam, whose own secret place to be alone is the root cellar, believes the other hidden space to be located somewhere in their old twenty-room house.

(And now, I’m beginning to think that the secret book is a giant spoiler, i.e. it wasn’t Sam’s book, but the one she finds in secret room #2, and that’s why no one’s mentioning it. I will refrain from mentioning where SR #2 is located, which is something I do remember.)

“Lyn Cook” is the short name for Evelyn Margaret Cook Waddell, who was a presenter for CBC Radio in the 1940s and 1950s. Her weekly half-hour radio programme, “A Doorway to Fairyland,” had child actors voicing the parts of characters in the books she presented.  The Bells on Finland Street is her first novel, and was followed by a number of novels for young readers. Because her written work includes publications before 1950, she is on the list of authors to be included in the Canada’s Early Women Writers (CEWW) database, part of the Canadian Writing Research Collaboratory (CWRC), being established at the University of Alberta.

Only two of the authors our project deals with are actually still alive. … children’s author Lyn Cook, otherwise Evelyn Cook Waddell. I telephoned Mrs. Waddell a week or so ago, as I was flying out to Ontario, where she lives. I was unable to meet with her, as she lives farther than I thought from my destination, but we spoke for quite a while about her years as a CBC children’s radio show host, and her life as a mother and children’s author in the 1950s and 60s.

I thought “A Doorway to Fairyland” might be in the CBC’s digital archives (there is lots of cool old stuff there), but nope. I did run across this, though:

An audio clip seemed like an appropriate way to wrap up this post, but it’s not working for me. Well, maybe that’s even more appropriate for an out-of-print almost-but-not-quite-forgotten book.